ANTHONY BLAKE CLARK enjoys a reputation as one of the freshest young voices in classical music.  He is currently in his sixth season as Music Director of the nationally acclaimed and Emmy Award winning Baltimore Choral Arts Society and is the Artistic Director of New York City’s Bach Vespers.

During his tenure with the Baltimore Choral Arts Society, Anthony Blake Clark has consistently received rave reviews, both for work on the podium in his subscription concerts and his preparation of choruses for performances with the Baltimore Symphony and other regional orchestras.  Winner of the 2019-2020 American Prize in choral conducting and recipient of the 2020 Chorus America Alice Parker Award, Clark’s leadership of Baltimore Choral Arts has also been acknowledged with a nomination for the American Prize for best choral performance. He annually conducts and produces the celebrated “Christmas with Choral Arts,” televised on ABC2 which was recently nominated for an Emmy Award. The premiere choral organization in the Baltimore region, BCAS reaches more than 100,000 people each year and is an integral part of the fabric of Baltimore’s performing arts scene. In 2022 he and Choral Arts will make their Berlin debut at the Philharmonie with the Frei Universität Orchester, then will continue to Vienna where his choirs will perform with the Vienna Radio Symphony Orchestra under Marin Alsop.

Anthony Blake Clark is also the Artistic Director of Bach Vespers in New York City.  In residence at Holy Trinity Lutheran Church next to Lincoln Center, the Bach Choir and Players are composed of some of the finest early music professionals in the nation.  Their mission is to present the works of Bach using historically informed practices within a liturgical context.

Mr. Clark’s passion for academia has led him to serve as the Director of Choral Activities at George Washington University where his choirs performed at the Kennedy Center and Washington National Cathedral.  Recently he was Guest Conductor/Lecturer for the Westminster Choir College.

In 2021 he began his graduate studies in Orchestral Conducting at the Peabody Institute where he is a student of Marin Alsop.  Mr. Clark completed a Master’s Degree in Choral Conducting under Simon Halsey at the United Kingdom’s University of Birmingham.

“I was thrilled to be asked to serve in the role of Chorus Director this season for the Richmond Symphony Chorus!  I am grateful to be joining in the work of sharing the joy of music across this community.  I have a tremendous admiration for Maestra Peleggi’s musical vision for the Richmond Symphony and am excited to partner with her, the orchestra, and the chorus to achieve the ambitious musical goals of the organization.  I look forward to bringing my passion for the great choral-orchestral masterworks to each rehearsal and performance in Richmond this season!” 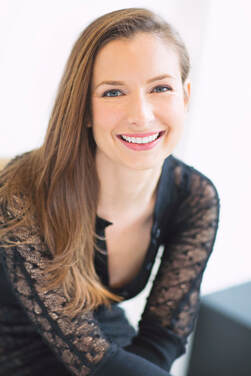 ​Performances hailed as ‘having graceful power…a revelation in musical excellence’ (Oakwood Register) and an ‘unforgettable experience’ (Berkshire Gazette), Ingrid Keller holds a multifaceted career as a recitalist, collaborative pianist, and teacher. She has performed nationally in such distinguished venues as the Kennedy Center, Symphony Hall in Boston, Jordan Hall, the Banff Centre and Tanglewood, as well as internationally. Recent collaborations have brought her on stage with the Mark Morris Dance group, members of the Cincinnati Symphony Orchestra, Boston Symphony Orchestra, Dayton Philharmonic, Oklahoma City Philharmonic, Richmond Symphony, and alongside such celebrated musicians as Yo-Yo Ma, Dawn Upshaw, Leonidas Kavakos, and Joe Burgstaller.

As a chamber musician, Ingrid is equally at home with instrumental chamber music as well as song and operatic repertoire formerly serving on the staff of Indianapolis Opera and Oberlin in Italy.  Continually seeking new and innovative projects, she performed a solo rendition of Stravinsky’s Rite of Spring as part of an interdisciplinary collaboration in music, dance and fashion for University of Dayton’s ArtsAlive programming.

Ingrid has held positions at University of Dayton, Northern Kentucky University, University of Oregon, and currently serves on the faculty of William and Mary.  Her album, in collaboration with tenor Jason Vest, Evening Hours, songs of Richard Hundley, was released through Roven Records in 2018.

Ingrid is currently in her fourth season as the Rehearsal Pianist for the Richmond Symphony Chorus.  She holds degrees from Northwestern University (B.M.), and Indiana University (M.M. and D.M.), where she studied under the tutelage of world-renowned pianist, Menahem Pressler.
She is the Founder and Artistic Director of the Belvedere Series, a chamber and concert series in Richmond, Virginia. 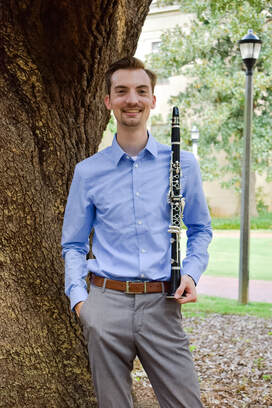 Christopher Pennington has joined the Richmond Symphony family as the Artistic Assistant and Chorus Manager. A Richmond native, Chris got his start in music on Piano at age 6 and Clarinet at age 8 and is a graduate of the Richmond Symphony Youth Orchestra Program. During his time in YOP he performed with the Youth Concert Orchestra and the Youth Symphony Orchestra. Upon graduating, he attended James Madison University where he was a member of the Symphony Orchestra, Wind Symphony and the Marching Royal Dukes. While there, he attained his Bachelor's Degree in Music Education. He also holds a Master's Degree from the University of South Carolina in Clarinet Performance where he was a member of the Wind Ensemble and a Graduate Assistant for the Carolina Band. Outside of his musical endeavors, Chris is an avid sports fan, outdoor enthusiast, and enjoys spending his time with his fiancé and two cats.