A celebration of the life of James Erb took place on Saturday, December 20, at 11am at the University of Richmond Cannon Memorial Chapel.   This celebration included singing and quiet time for reflection, with music provided for those who wished to participate in the singing.  Immediately after the celebration, a reception took place at River Road Church Baptist.   Dr. Erb passed away on November 11, 2014, at the age of 88. 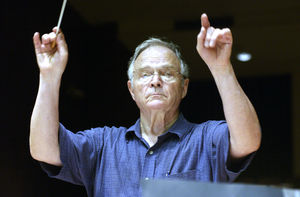 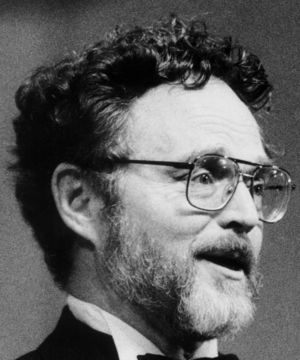 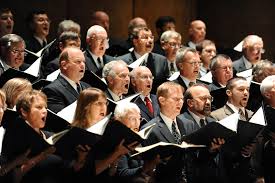 With the passing of Jim Erb, the musical community of Richmond and beyond lost an icon of choral excellence.  From his work at the University of Richmond to his founding of the Richmond Symphony Chorus, from his important editing of the works of Orlando di Lasso to his masterful and popular arrangement of Shenandoah, Jim left a legacy of determination, excellence, artistry, and humility.  He was a conductor, a teacher, a singer, a scholar, and a friend.

Thoughts from Music Directors, past and present:

– Steven Smith (Richmond Symphony music director): “Jim Erb had already stepped down from his positon as RSO Chorus Director when I arrived as Music Director. However early in my tenure I was delighted that Jim was singing in the chorus. His love for the collegiality of the chorus, his wealth of experience and sincere and deep commitment to every moment of the music was truly inspiring.  His legacy, not just here in Richmond but in the wider world of music will always be remembered with profound love and respect. .”

– Jacques Houtmann (symphony music director, 1971-86): “What a great man, a great musician he was; I will never forget how  he was able to generate such an energy in order to convince the  Richmond Symphony Chorus to give the best in the vast repertoire he was involved in.  We worked in may 1986 for the last time: Bruckner's Te Deum !!  We will keep loving you Jim..”

– George Manahan (symphony music director, 1987-98): “The Richmond Symphony was blessed to have the charismatic leadership of my friend and colleague Jim Erb for so many years.  We performed some of the most challenging choral masterpieces in the repertory, including Bernstein, Walton, Messiaen, Brahms, and Verdi among others.  Never did I think there was a work too tough for the symphony chorus with Jim at the helm.”

– Mark Russell Smith (symphony music director, 1999-2009): “t was indeed an honor to have known Jim Erb, and I count the many collaborations with Jim and the incredible chorus he created among my most cherished artistic memories of my tenure in Richmond.  He was a man of great passion and integrity, and brought every ounce of his being to bringing music to life for both his chorus and his audience.  We are all richer musicians and human beings for having had the privilege of working with Jim.”